Why Views On Skids Have To Change

It’s well-known in the infosec world that the word ‘skid’ isn’t a nice label, it’s used as an insult to describe newbies or kids that have most likely just engaged in hacking. If you need to look further into the word skid or script kiddie, you’ll find Hack Forums being mentioned a fair amount of times; you only have to glance at Urban Dictionary to find it. This human condition of ‘us’ and ‘them’ creates groups and while it has positives, it inevitably has its negatives too.

One of the few positives in calling someone a skid or associating every single person on HackForums as one is for the individual in question to be motivated by this to enhance their skills, this motivation allows the individual to prove the accuser wrong and get the last laugh. Surprisingly most of the time it isn’t the case, a lot of people will ignore shouts of skid at them and shrug them off as haters. In fact, from what I’ve viewed on multiple communities including Hack Forums, members engage the offender into a childish squabble to prove themselves, whether they are right on the hand is another matter.

Somehow, Hack Forums has created this environment of arrogance towards learning. That learning is somehow for only the regular members on the site, and that once you’re ‘UB3R’, you are suddenly one of the few knowledgable characters to walk on Hack Forums. There is also this stigma towards professional infosec jobs on Hack Forums, strangely, it is also vice-versa, which infosec employers don’t take part on this popular forum. You would think it would be a necessity for them to at least look on their for young, energetic and creative members?

With such a small talent pool that security services are looking upon international talent due to the dwindling numbers at home, I see it as counter productive almost not to invest in the most popular ‘hacking’ forum. Hack Forums doesn’t have to be some haven for kids who just want booters, using some simple techniques companies and governments can create a huge pool of motivated groups which look towards further education. The police invests money into getting ads on pirated sites, so why not do the same to change young minds on hacking? By creating a presence on this forum it will create less hatred towards government officials, and will create better avenues for some young intelligent minds.

One idea I have thought of would be for there to be a site advertised all over forums which would encourage a Hack Forum user to enhance or show off their technical ability. The site would include a rewards base system, much like swagbucks or any other small reward site. You could have badges which would let you show off how far you have got, and ofcourse it would be extensive. When I mean extensive I don’t mean 3 levels of XSS training. The site would be invested by governments around the world and private companies which believe in education and would help create a numerous infosec community. Would this ever be a reality? Probably not, but it would be good to see something like it. When you see how much competitive gamers get when it comes to money and attention, why can’t a 13 year old who has learned a decent amount get that too.

This is all easy for me to say, but companies and governments are going to have a hard job trying to sway public relations with hackers in general. They will also have to change the publics view on the word ‘hacker’ and why sometimes it can be a good thing. Once they’ve done that, they can publicly say they are financing some money to advertise on Hack Forums to create some hackers. In short, it may never happen, until someone warms to the idea that education in the infosec community for the world is a good thing. 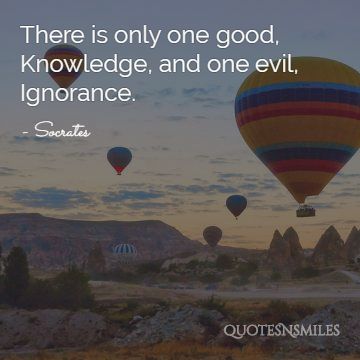 The problem is that “skid” is not a label meaning just “a newb to infosec”. It comes with lots of connotations: no ethics whatsoever, arrogance, acting more knowledgable and intelligent than one really is, “wigger” / “street gang” way of communicating, immaturity, etc. They are childish criminals and nothing more.

Compare Hack Forums with reddit.com/r/netsecstudents or reddit.com/r/asknetsec and the difference is quite apparent.